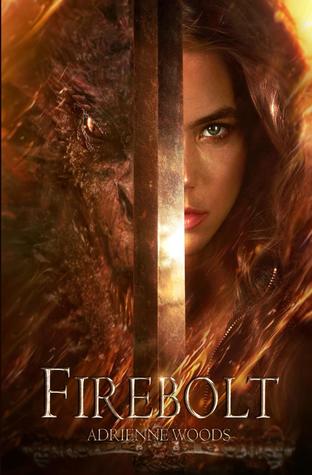 Synopsis:
Dragons. Right. Teenage girls don’t believe in fairy tales, and sixteen-year-old Elena Watkins was no different.Until the night a fairy tale killed her father.Now Elena’s in a new world, and a new school. The cutest guy around may be an evil dragon, a Prince wants Elena’s heart, and a long-dead sorcerer may be waking up to kill her. Oh. And the only way Elena’s going to graduate is on the back of a dragon of her own.Teenage girls don’t believe in fairy tales. Now it’s time for Elena to believe – in herself.

Review: ⭐⭐⭐⭐⭐
I am in love with this book. It reminded me of Vampire Acadamy with a Harry Potter feel only for dragon shape-shifters and dragon riders.

This book had me as soon as a dragon fight happened during the first chapter.  Elena is left orphaned and finds her self on a magic island in the Bermuda Triangle. She is struggling with the recent loss of her father and thrown into a fairy tale world. Her school doesn't teach normal classes, instead, she has to learn dragon anatomy, latin, the art of war and the history of this magic island. Her two roommates become her best friend, and she falls in love with a prince.


When a magic sword is stolen, she and her friends set out on a quest that can only be described as 'suicidal' in order to retrieve it. This book never got dull or monotonous. It kept my attention and appeal throughout. I can't wait to read the next one!