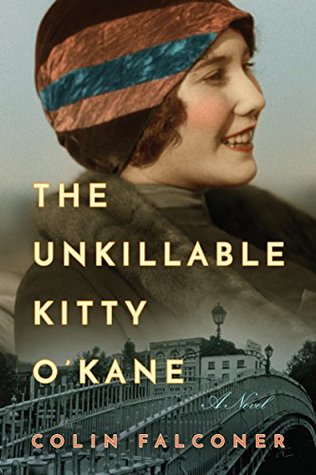 When fiery and idealistic Kitty O’Kane escapes the crushing poverty of Dublin’s tenements, she’s determined that no one should ever suffer like she did. As she sets out to save the world, she finds herself at the forefront of events that shaped the early twentieth century. While working as a maid, she survives the sinking of the Titanic. As a suffragette in New York’s Greenwich Village, she’s jailed for breaking storefront windows. And traveling war-torn Europe as a journalist, she’s at the Winter Palace when it’s stormed by the Bolsheviks. Ultimately she returns to her homeland to serve as a nurse in the Irish Civil War.
During Kitty’s remarkable journey, she reunites with her childhood sweetheart, Tom Doyle, but Tom doesn’t know everything about her past—a past that continues to haunt her. Will Kitty accept that before she can save everyone else, she needs to find a way to save herself? Or will the sins of her past stop her from pursuing her own happiness?
Review - ⭐⭐⭐⭐⭐
I received this book free from a Goodreads.com giveaway.
Unkillable Kitty O'kane is a woman that has a lot of thing happen to her. She tries her hardest to make things happen, but it usually turns out badly. This was a really good book. It was one of those that you wanted to yell at Kitty and scream "WHAT ARE YOU DOING!!!" or "WHAT ARE YOU THINKING" but eventually, in her own time, she figures it all out.
at December 27, 2017