Christmas on the Coast by Rebecca Boxall 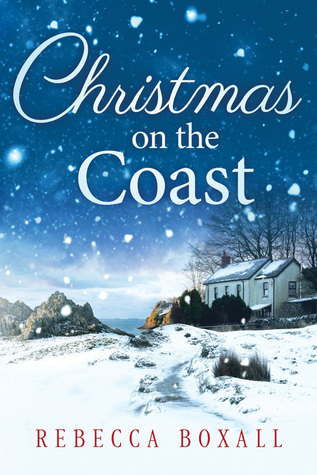 Synopsis -
Christmas is approaching on the island of Jersey, but Libby is feeling far from festive. Her police work and duties as vicar’s wife weigh heavily on her, she’s anxious about her troubled children, and now her best friend, Stella, has suddenly turned against her, citing a mysterious family grudge.
Libby is devastated by Stella’s unexpected coldness. But then her father shows her a diary written by her great-aunt Queenie, which sheds light on a long-hidden secret—one rooted in love, loyalty and betrayal. Writing during the Nazi occupation of Jersey in the winter of 1941, Queenie reveals a community torn apart by illicit romance, heartbreak and revenge—and by dark acts of fear and desperation.
The more Libby immerses herself in Queenie’s journal, the more she understands why its secrets still haunt her family and Stella’s. Christmas is a time of forgiveness, but is the treachery of their shared past too shameful to be forgotten?

Review ✰✰✰✰✰
I received this book free from netgalley.com in exchange for a review.


Libby and Stella have been friends their entire life. When Stella's mother passes, she tells her about a family grudge that started the end of WWII. Stella turns on Libby. Libby is a people pleased that would rather let people take advantage of her than stick up for herself. After Stella turns on her she starts searching for answers. In the process she learns to set boundaries and reconnects her dysfunctional her family.