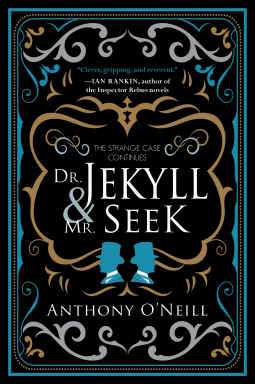 Description
In this dark, atmospheric sequel to Robert Louis Stevenson’s timeless classic, the strange case continues with the return of Dr. Jekyll . . .
Seven years after the death of Edward Hyde, a stylish gentleman shows up in foggy London claiming to be Dr. Henry Jekyll. Only Mr. Utterson, Jekyll’s faithful lawyer and confidant, knows that he must be an impostor—because Jekyll was Hyde.

But as the man goes about charming Jekyll’s friends and reclaiming the estate, and as the bodies of potential challengers start piling up, Utterson is left fearing for his life . . . and questioning his own sanity.

This brilliantly imagined and beautifully written sequel to one of literature’s greatest masterpieces perfectly complements, as well as subverts, Stevenson’s gothic classic. And where the original was concerned with the duality of man, the sequel deals with the possibility of identity theft of the most audacious kind. Constantly threading on the blurred lines between reality and fantasy, madness and reason, self-serving delusions and brutal truths, Dr. Jekyll and Mr. Seek honors the original Stevenson with a thrilling new conclusion.

This book was the perfect sequel to Robert Louis Stevenson's The Strange Case of Dr. Jeckyll and Mr. Hyde. It reads like it was written by Stevenson as well. I loved how it tied up all lose strings and brought the entire story to a full close. Must read for fans of the original classic novel. I am going to purchase this book and add it to my classics shelf.