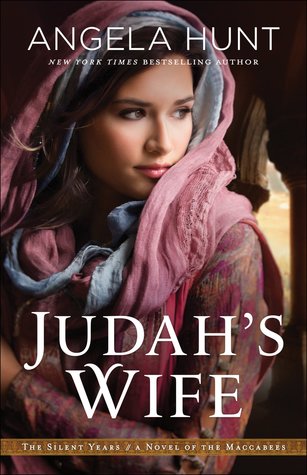 Synopsis:
Seeking peace and safety after a hard childhood, Leah marries Judah, a strong and gentle man, and for the first time in her life Leah believes she can rest easily. But the land is ruled by Antiochus IV, descended from one of Alexander the Great's generals, and when he issues a decree that all Jews are to conform to Syrian laws upon pain of death, devout Jews risk everything to follow the law of Moses.Judah's father resists the decree, igniting a war that will cost him his life. But before dying, he commands his son to pick up his sword and continue the fight--or bear responsibility for the obliteration of the land of Judah. Leah, who wants nothing but peace, struggles with her husband's decision--what kind of God would destroy the peace she has sought for so long? The miraculous story of the courageous Maccabees is told through the eyes of Judah's wife, who learns that love requires courage . . . and sacrifice.

Follow Judah and Leah on their journey during the "silent years" of the Biblical period. This is an amazing, well written story that I instantly fell in love with. Leah is unsure of her husband because her father was abusive. Judah got married at his parents' insistence. As their story unfolds, the Jewish people are being persecuted. Lead originally by Judah's father, a resistance forms. With the help of prayer, the resistance army called "The Maccabees" were victorious in battles. Leah learns what it is to be a supportive wife and stand by her husband's side. The tone of the story seems like a Christian version of Robin Hood. After each battle, Judah allows his army to collect the spoils thus enabling his soldiers and economy to flourish.


This is told in alternating points of view between Judah and Leah. The depth of history of the time period and biblical history is amazing. It is written in a way that you connect with the characters, and it paints a clear picture of landscapes and emotions.

This is book 2 in the series. I just e-mailed the publisher to see if I could get the first one in exchange for a review. So keep an eye out for that!
at January 09, 2018